We've never been snorkeling . . . mainly because a) the ocean in LA is SO COLD! b) the weather in NY is colder. Also, until we moved away from places with warmth and palm trees, going on vacation somewhere tropical just seemed silly. Now it seems like the only logical way to make it through the winter. 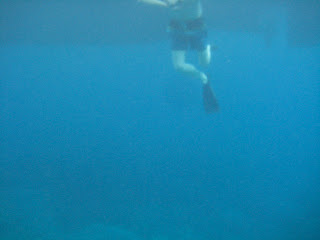 Despite Karen's best efforts at trying to freak herself out, she was too excited about seeing all the cool fish to let the Jaws soundtrack roll around in her brain.  Not that nature didn't try to scare her a few times . . . (Is this not like a scene 5 seconds before a shark starts swimming in focus?) 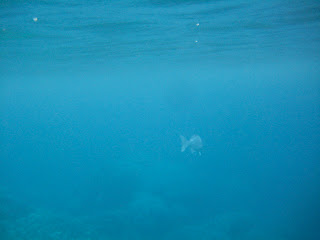 Erik as seen on our first snorkeling boat, amused at Karen's desire to remain in the water well past healthy prune hand development. 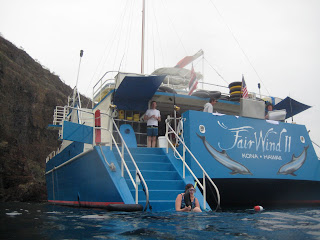 It was pretty gorgeous. And we realized we really, really need to learn to scuba dive. (Fun fact: that's a trumpet fish below and Karen got to see him go from bright yellow to his "stealth" camo color so he could go hunting. Nature is really, really cool.) 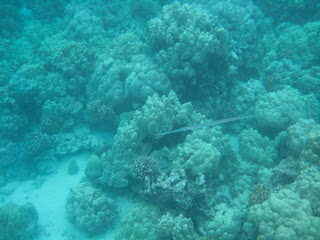 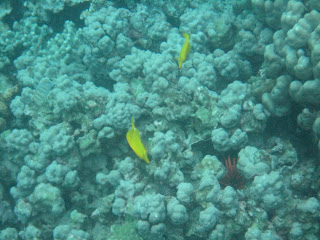 Look at the next photos ONLY after cuing up "Ping Island/Lighting Strike Rescue Op" from the Life Aquatic soundtrack. Did you turn it out? Ok. Now you can scroll down. 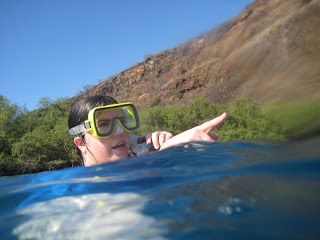 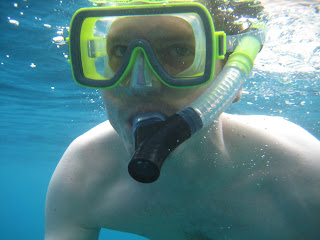 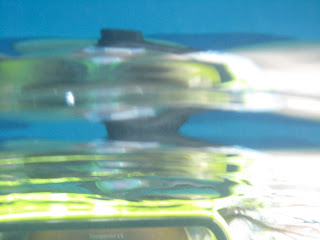 (Trumpet fish NOT in his hunting camo and from a better angle. He looks much fatter here.) 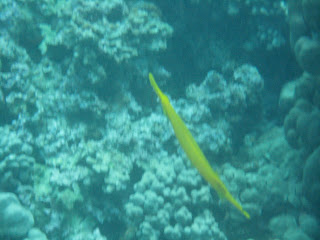 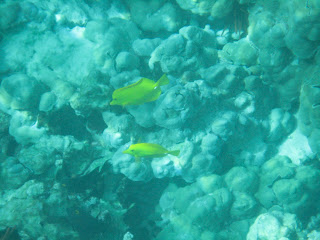 I hope the music is still playing! 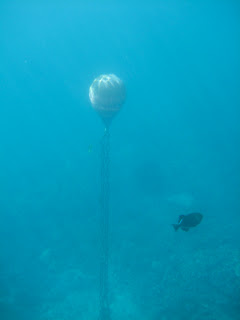 Ok, you can turn it off. (Not that I would, ever, but that's just me.) We saw roughly 35 spinner dolphins on day two of our snorkeling excursions. Sadly, we were too excited by being like 4 feet from a pod of dolphins that we never remembered to take photos when they were all jumping around. 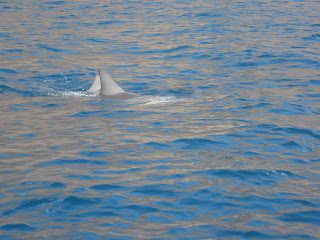 Whales! We saw a plethora of Humpback whales.  Sometimes from the sky. 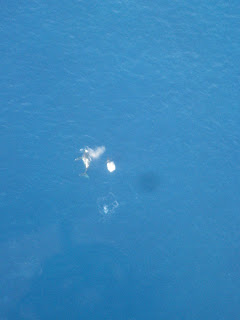 Other times from the side of a boat. 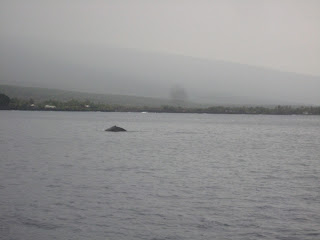 Sometimes we even saw baby whales jumping in the water (top left corner of the water. It was pretty amazing.) Again, every time we were really, really close to the whales, we were too busy saying "Oh wow! That's a whale, right there!" to remember to take a photo. 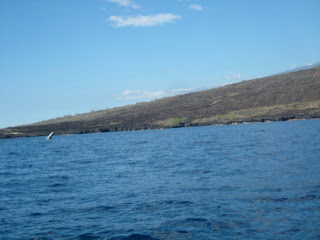