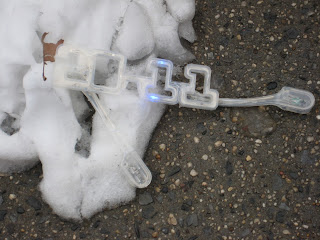 Karen and Erik had several discussions about what the new New Year's glasses would look like after the year no longer had two zeroes to peek your eyes out of (yes, we discuss the profundities of life such as this). Little did we know that they would go the safe route and hollow out a one. We found this example abandoned in the snow in our neighborhood. 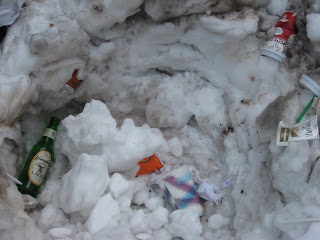 More post New Year's celebratory rubble. This specimen was found near Erik's work. You might want to enlarge this photo and to truly soak in all the glory that is the majesty of winter in New York City. Jealous yet?