We doubt most of you realize that Erik is a licensed helicopter pilot*.  This trip he decided to help our amazing tour guide by copiloting us around the Big Island. 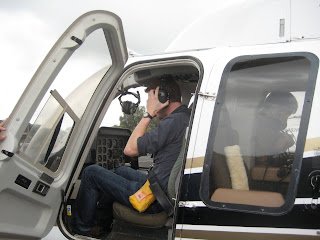 *Coolhandburg would like to acknowledge that Erik does not currently possess a pilot's license and cannot actually fly a helicopter, per se.

Look how much fun Erik was having taking shots with his super neato Harinezumi camera! (Those are the helicopter blades, pretty cool, eh?) 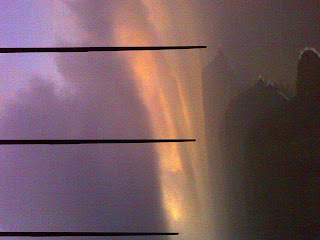 Since like 80% of the island is privately owned and inaccessible by car or foot, this was really the only way to see the amazing gorgeousness that is the Big Island. (Also, cloud shadows have always been a quiet obsession of Mrs. Burg's. ) 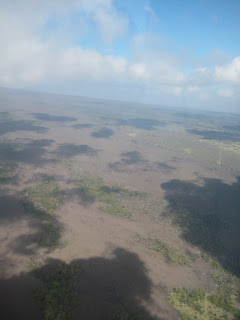 A lava tube shooting out some hot molten magma . . . it was a little camera shy and stopped spurting as soon as we pulled out our cameras, but you can see its glowing red center if you look closely. 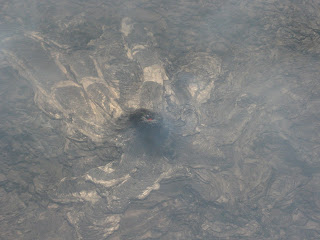 Jack lives alone, in a house. The only house that wasn't destroyed by a volcanic eruption in the 70's . . . 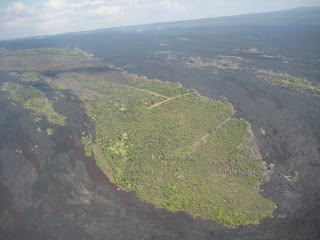 Yeah, it's like a 3 hr. hike just to get to the road that takes him into a "town" for provisions. We sort of idolize Jack. 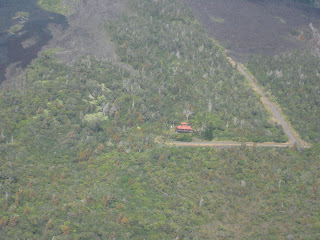 There are apparently 2 kinds of lava: fast and slow. This was some of the slow stuff, we were still a little intimidated. I mean, slowly moving melted rock burning everything in its path is still MELTED ROCK, moving towards you . . . I'm just sayin'. 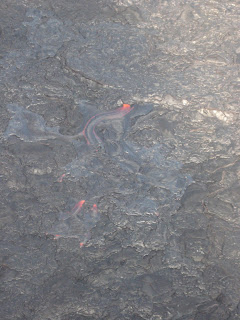 Karen got some pretty decent zoom shots, look how HOT that is! 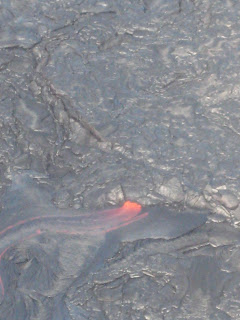 Erik's feet showing off his cockpit view of the world! (This is a "Life Aquatic" reference. Bonus points if you got it!) 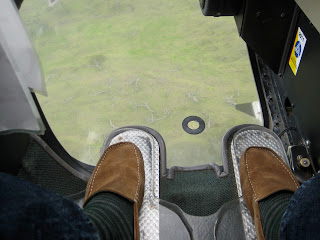 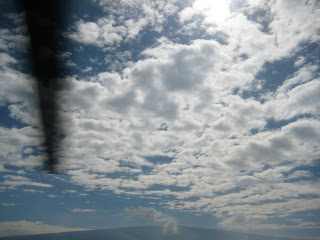 Volcanic crater . . . had we been cheapskates and gone on the road tour, we have a feeling we might have missed all the cool angles. One thing we wouldn't have missed? The sulfur smell and heat that made us all a little airsick. (Thankfully none of the passengers needed an air sickness bag, especially since Karen was seated right next the bags and really, really didn't want to hand them out.) 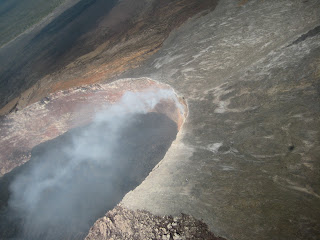 Why does the stupid ocean have to be so pretty and warm in Hawaii? 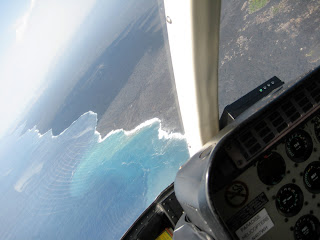 A rare shot of one of the other passengers. She asked a lot of random questions and wore a lot of rings. Alright, it was Zsa Zsa Gabor (don't tell anyone). 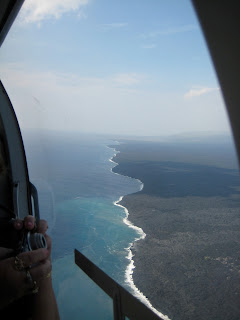 Karen tried to get some shots of her own shadow, proving she was in the helicopter . . . and hoping for a shorter winter at home. 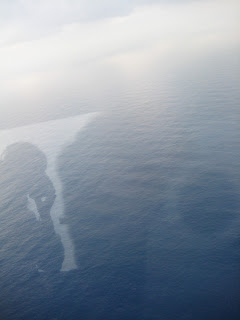 A downed WWI plane. It crashed during some training maneuvers, no one was hurt, but almost 100 yrs later it still sits down there looking like something out of a Spielberg film. 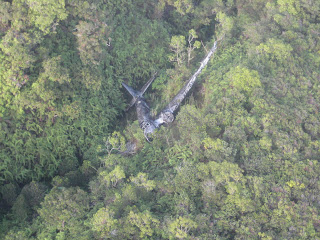 Karen kept feeling like she was going to meet Indiana Jones at any minute . . . Alas, she did not. 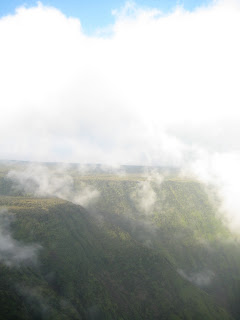 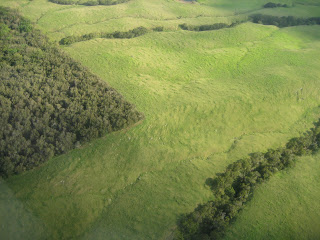 And these are stitches, right? (Erik isn't convinced of either, back me up here!) 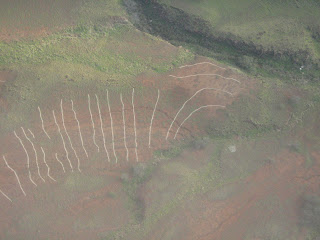 Proof we were BOTH on the helicopter. 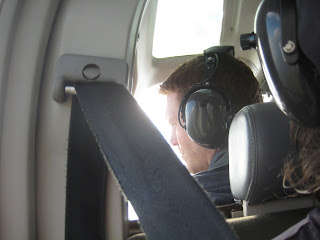 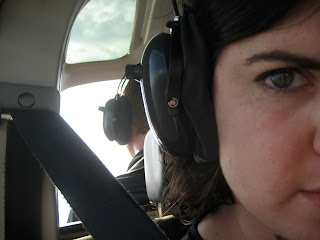 I just want to JUMP in! 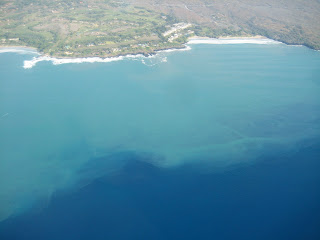 Don't you? (I wouldn't though, we were pretty high up there.) 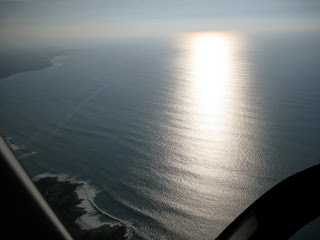