Hey, NYC! We're getting mixed signals. This was the scene last Thursday: 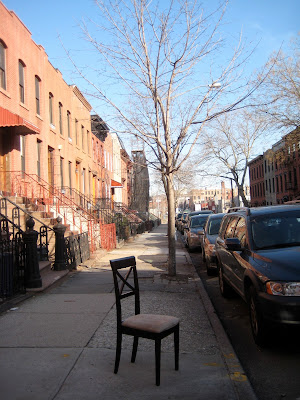 Spring appeared to be around the corner. All the snow that had been hanging around for two months had finally thawed and we had decided we could probably forget about wearing our winter gear for awhile. 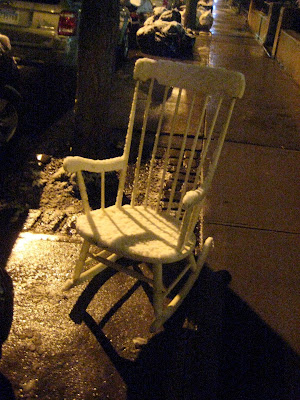 Erik took this picture this morning. Yes, that rocking chair is ever-so-lightly adorned with freshly fallen snow. Don't worry, more was on the way. Later in the day were guest appearances by snow's buddies: rain, sleet and hail. That's right...a wintry mix!
I want a word with you, Punxsutawney Phil.
Posted by Erik at 6:57 PM