Here's a trivia question: What is the world's largest cantilevered observation wheel?
No. That's a good guess. Try again.
It's the London Eye and it would also be the answer to the question: "What was trying to muscle its way into 75% of Karen and Erik's pictures in London?" 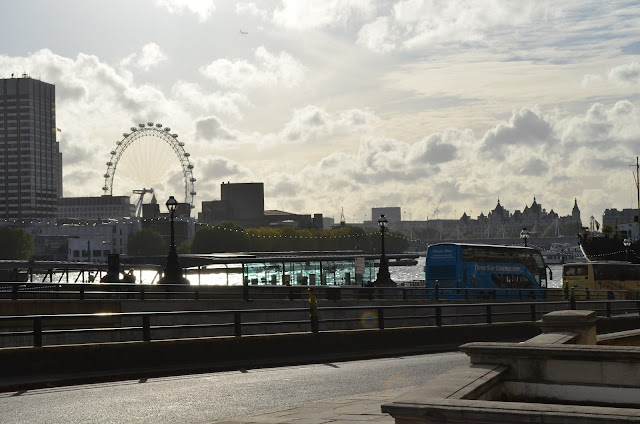 See? You try to take a picture of the crazy cloudy sky and suddenly you've got a picture of the London Eye. And it dominates the photo. It's not like Big Ben* popping up in your picture. You don't mind that. It's expected, you're in London and it's Big Ben! Plus, he's been around a little longer than you, London Eye. Big Ben was completed a little before Lincoln gave his "House Divided" speech. London Eye, you opened around the time everyone was freaking out about Y2K. 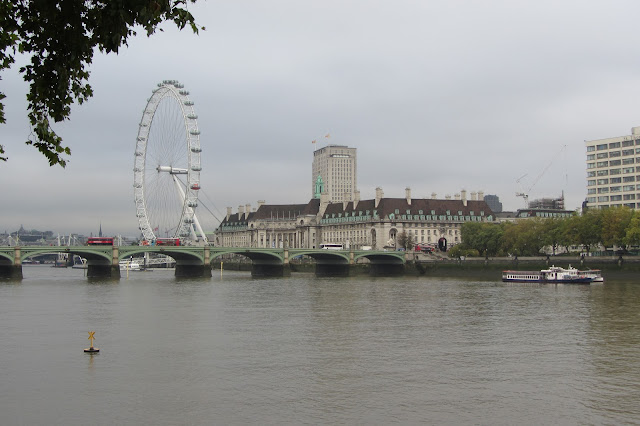 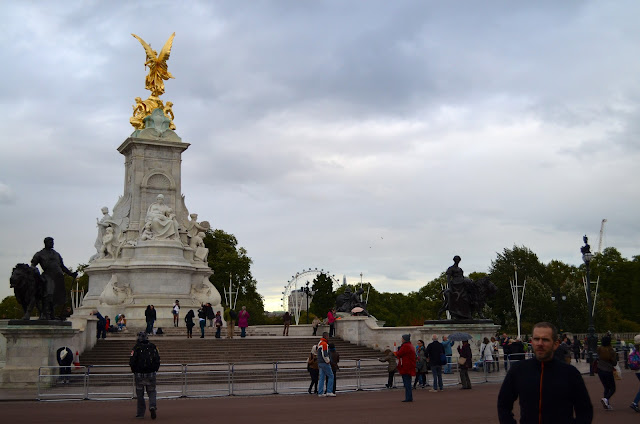 A shot of the Queen Victoria Memorial near Buckingham Palace. And well. . .

Okay, I'm just going to finish this post with a nice shot of Karen in London. 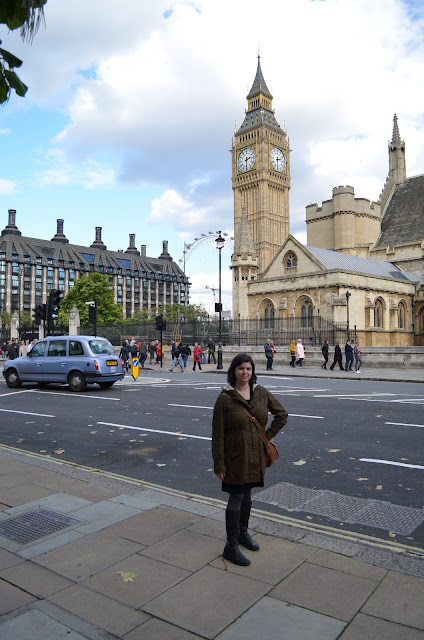 Big Ben, could you just step a little to your right. Please?


* The Burgs fully realize that the clock is not called Big Ben and it's just the nickname of the great bell in the Elizabeth Tower. But if we called it the Elizabeth Tower, no one would know what we were talking about.
Posted by Erik at 8:27 PM