Erik's childhood is pillaged yet again. 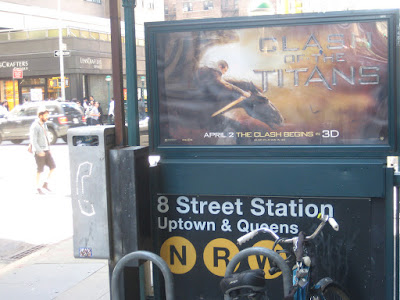 "Clash Of the Titans"--the remake--came out today. Erik is a big fan of the original 1981 version and is dismayed to see his childhood peed on yet again (the last time this happened it involved crystal skulls).
Some kid from Erik's work: "Yeah, it's based on this movie from the '70s. It had really bad special effects but the story was good. It was like based on Greek mythology and stuff."
Erik would've told this kid that the Kraken was actually based on Scandinavian mythology but he thought this would've made him seem way too cool. And '81 was two full years after the '70s, junior!
Posted by Erik at 10:52 AM